I hope everyone had a great week and weekend.  I have not been around much, let alone on the internet. The past several weeks, er months have been chaotic to say the least.  The move here, the unexpected shambles of a house we committed too unknowingly, the massive clean out of my cousin's things coupled with grams, gramps and even my great grandmother's things along with my aunt's declining health with the Alzheimers ALL before she even fell shattering her knee and ALL the ensuing surgeries, hospitalization and ICU time from the infections and stroke before her unexpected death have left me feeling a bit overwhelmed.

The past several weeks with the chaotic weather and family flying in and out have given us a break from the house for the most part, but also left us anxious to truly finish it. We are hoping to get quite a bit done this week and I'm hoping to also get back into a regular posting routine and try some new recipes too.

THE WEATHER OUTSIDE
It is warm with expected thunderstorms all week, but that's Texas for you.

AS I LOOK OUTSIDE MY WINDOW
It's a bit dreary and gray, but dry for the moment.

ON THE BREAKFAST PLATE
Nothing as I have fasting blood work later this morning after we drop my mom at the airport. We are going to try a new Cajun place for lunch though that I'm looking forward to.

AS I LOOK AROUND THE HOUSE
I see tons to do, but will get a running start at it this afternoon after we return.

TO DO FOR THE WEEK
CURRENTLY READING
TELEVISION / DVR
Not sure yet, need to see what the new summer shows are going to be.

CRAFTS & PROJECTS
LOL Nothing until the studio is sorted out.

MENU PLANS FOR THE WEEK

ON MY MIND
As I sat at many family events this week watching brothers and sisters interact I realized that two of the most important words in the English language are PERCEPTION and PERSPECTIVE. Each of our perceptions and perspectives are developed through OUR experiences in life and OUR interactions with family, friends and peers as well as teachers and even strangers. While much of life is black and white, many a memory falls into the gray area shrouded with personal perceptions and perspectives based on age, sex, education, playground interactions, job type, public interactions at different cultural times in society, etc...  I have chosen NOT to get involved with many of the family arguments that have ensued over the years and refuse to in the future also.  Long story short, sometimes it just isn't worth the hassle.

THINGS THAT ARE MAKING ME HAPPY
We finished our 30 day minimalization project this past week and am proud to say we ended at almost 3 times the expected outcome with 1182 items! This week we will begin yet again as I begin the clean out of the studio and finish unpacking all the remaining boxes!  I'm really looking forward to this and feeling a bit more settled because of it.  The goal is to reach a point where we can have the carpet installed the first week of June and then acquire the last few pieces of furniture we want and need.

FAVORITE PHOTO FROM THE CAMERA
I did not even get a chance for any pictures this week. 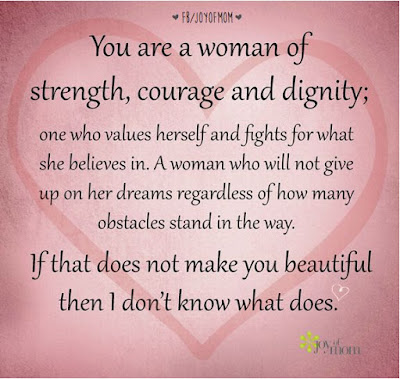 Be sure to link up with Sandra at Diary of a Stay at Home Mom for Happy homemaker Monday and with Laura at I'm an Organizing Junkie for Menu Plan Monday.
Posted by threesidesofcrazy at 5/23/2016 06:04:00 AM