It's another Monday... you know what that means. It's time to link up with Sandra over at Diary of a Stay at home mom and Laurie at I'm an Organizing Junkie for Happy Homemaker and Menu Plan Monday.

I had a good and productive weekend thanks go to my wonderful physical therapist who is treating the "whole" person and not just my knee.  I'm getting more and more energy and exercise every day. 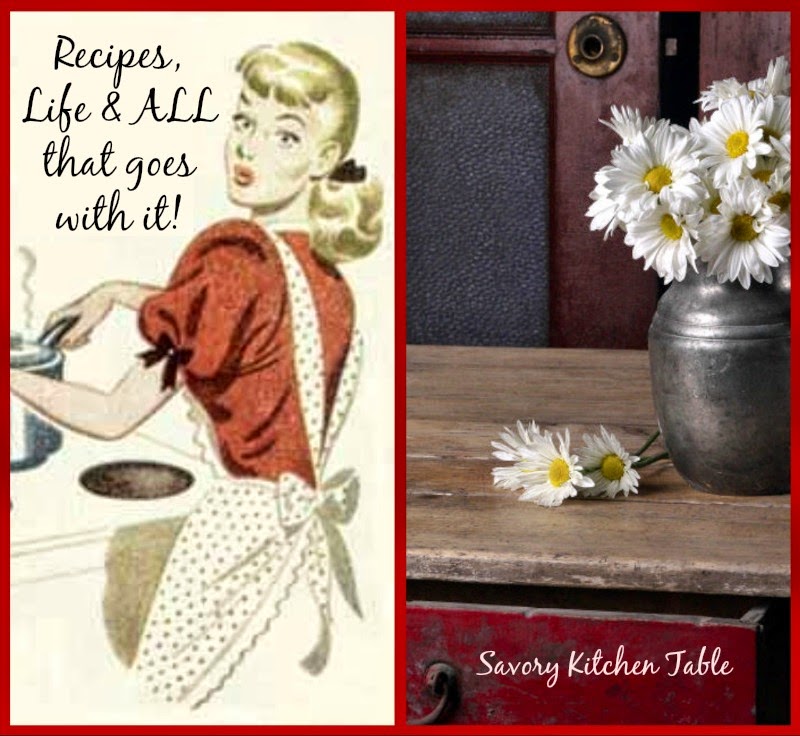 BREAKFAST AS I WRITE:

Oatmeal & Fruit - It's cold this morning!

THE WEATHER OUTSIDE
THIS MORNING:
A tiny bit overcast, but with much promise of sunny skies mid morning, a rarity here at this time of year.  The nights have been clear and downright cold (24 degrees) though making it cold and flu season with a hint of ear infection!! Very misleading as it is only sunny and somewhat nice for 3-4 hours and then it's bone chilling damp cold and miserable again. LOL the long term forecast has snow for next week and it has been a downright dry year with threat of wildfire in February all I can say is I'll believe that when I see it.
FOR THE WEEK:
Pretty much the same, but less and less promise of sun and more and more promise of dreary skies as the week progresses.

TO DO LIST
TODAY:
THIS WEEK:
CURRENTLY READING
TELEVISION & DVR

A couple of new or returning shows start this week and I'm still working off the DVR from last week.
PLAY TIME (If I can find any)

I tweaked the new framework for my weekly menu and recipe links.  The filled squares are actual links to tried and true recipes.  It is still not exactly what I'm looking for, but I'll keep working on it. I also designated Tuesday as "EXPERIMENT NIGHT".


And for those that were wondering what those acronyms you often see on my menus are:
C.O.R.N. = CLEAN OUT REFRIGERATOR NIGHT
Y.O.Y.O = YOU'RE ON YOUR OWN 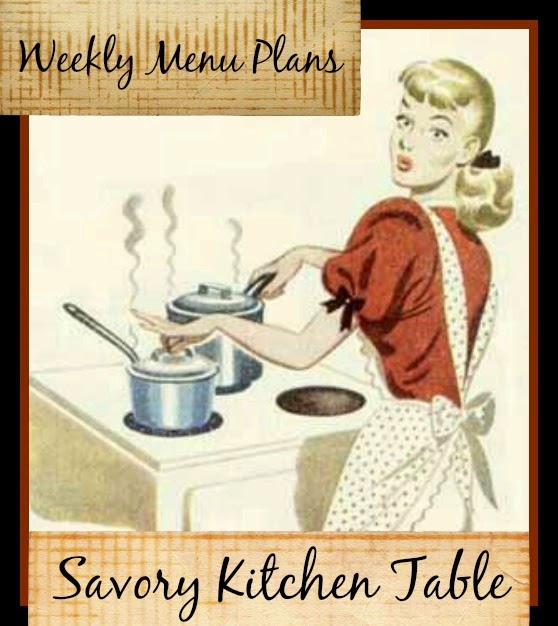 LOL I honestly didn't take anything but food pictures this week until I was on facebook Friday night and Min said something about the moon.  I ran outside and this was fantastic. According to a friend of ours this is the moon waxing, the lower planet is Venus and the middle one is Mars. 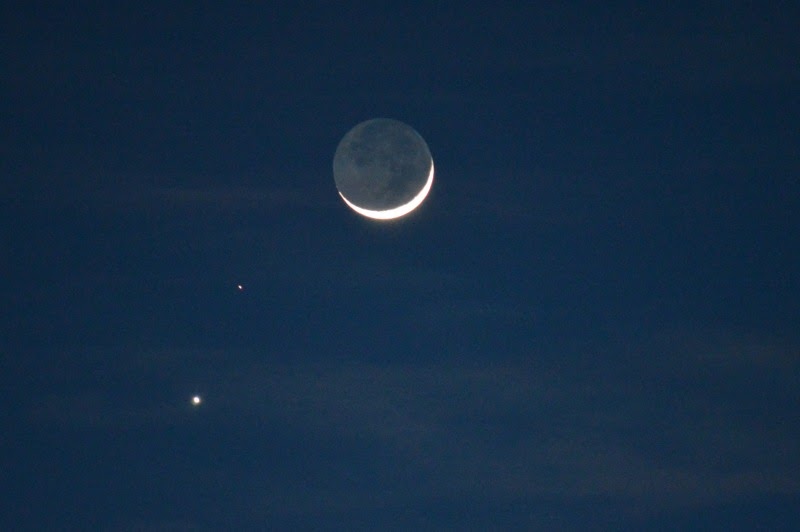 BLOGS TO CHECK OUT

I keep looking for new and inspiring blogs, but honestly so many have huge ad sections or pop ups nowadays that just annoy me!

I'd been debating about buying the ball herb keepers and then they went on sale so I thought I'd give them a try.  I have to say I'm pleasantly surprised how much I like them.  They will save me so much time when I'm in a hurry. All the prep and mess is done all at once, and I used the entire package of fresh herbs so there is nothing left to go bad waiting for a recipe to use them in.

You can also use an ice cube tray and then transfer the cubes to a ziploc bag after they are frozen, but I really love the lids and bright green that makes these easy to use and see readily. 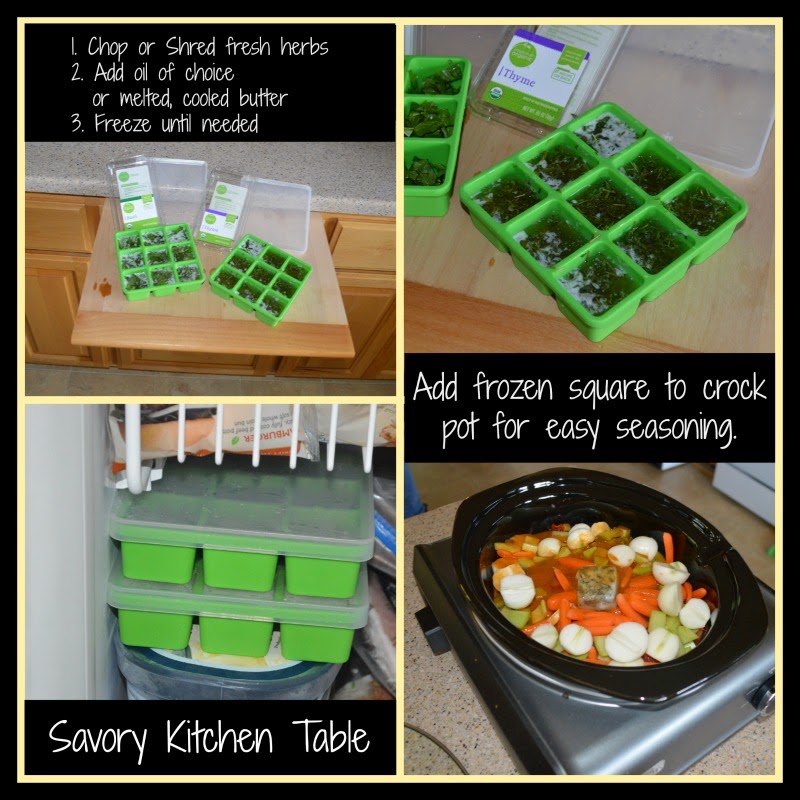 ON MY MIND LATELY

When I was young we had a rule, well we had several, but we had a rule about food.  The main rule being that we had to AT LEAST TRY a food once before we were allowed to say we didn't like it.  And even then, we were encouraged to try it several times.  The one way out was if mom wouldn't eat it, we didn't have to either after at least trying it once.

The other big rule was that you ate what was put in front of you.  NO ONE was your short order cook unless of course we were eating out which when I was young was reserved for special occasions only and you still ate what was in front of you. No playing with your food, whining or complaining.

So all this said, I have a real problem with the new KFC commercial (as well as soooooo many others that use this same negative tactic) where they use children disrespecting their mother's cooking.  The one question, "What have you been feeding us?" is what I take the most exception with.

Kids are so impressionable. I know it sounds silly, but SOOOOO many commercials today are using NEGATIVE advertisement and I just think it's wrong.  Like so many other things, the longer it is allowed to continue the more things may change - an NOT for the better.  Children being allowed to be sarcastic, negative, disrespectful and catered to DOES NOT encourage or inspire them to be good positive adults in the future.

I'm praying for a world at peace.

My grand daughter Carlie loves the infinity sign.  So this made me think of her and hope she's doing well at her dad's house. 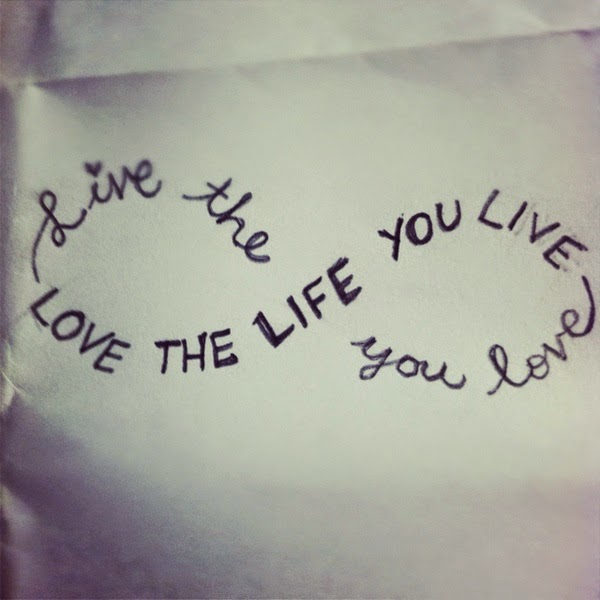