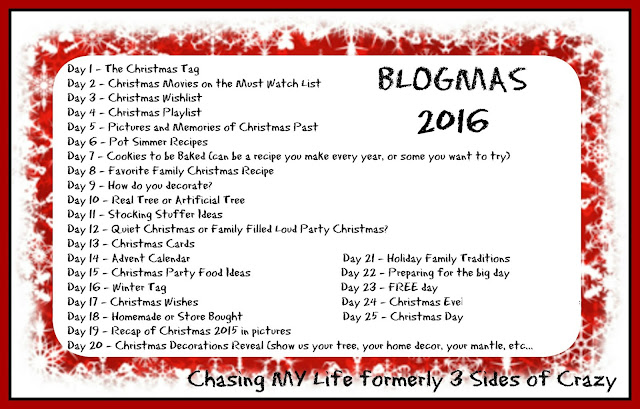 WOW this is a HUGE category!  One of my new favorite recipes is from just this year.  Some friends took us to lunch at Jack Allen's Kitchen when we were visiting in Round Rock this past summer and the food was SOOOOOOOOO good that I bought the cook book and have been experimenting ever since.

One of our favorite new recipes is for pimento cheese spread made from scratch.  I made some last week and wanted to use it for this past Saturday's 1st Christmas dinner, but didn't want the mess of a knife and cracker crumbs so I decided to try and make a fun new way to serve it. 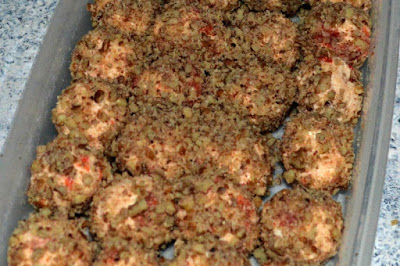 I had some fresh pecans and decided to grind them fine.  Then I rolled the cheese spread into small balls and then rolled each one in the pecans.  I chilled them overnight and then used toothpicks for serving. Sorry I didn't get a picture when they were on the pretty plate.

*I didn't have any so I used Golden Balsamic Vinegar

We also love to make VAMPIRE SLAYER ARTICHOKE BREAD and cut it into small bites for appetizers. OMG This appetizer replaces any entree - it's ooey, gooey, cheesy and literally melts in your mouth all the while tantalizing your taste buds from the very first bite! 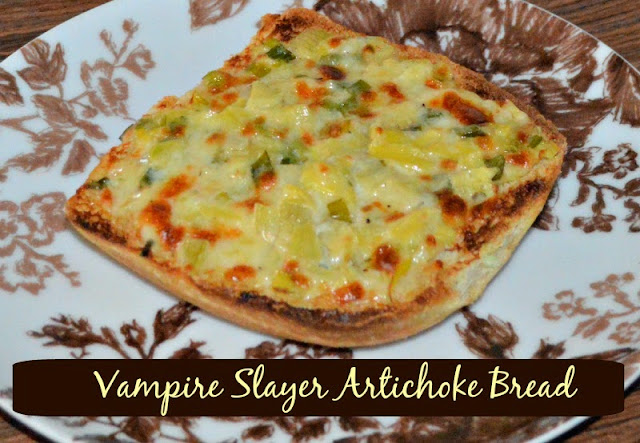 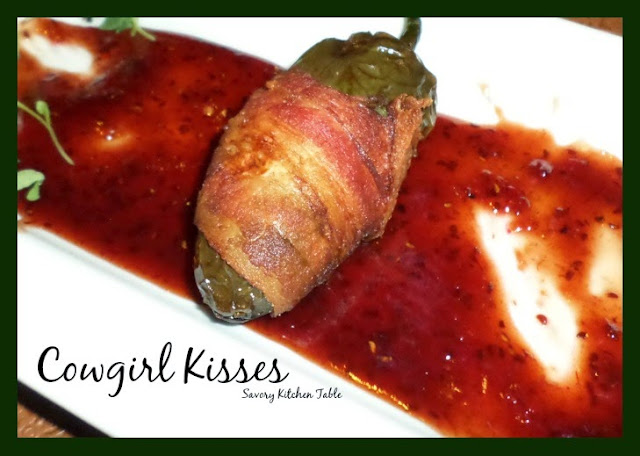