HAPPY THANKSGIVING, BLACK FRIDAY aka NIGHTMARE AT THE MALLS 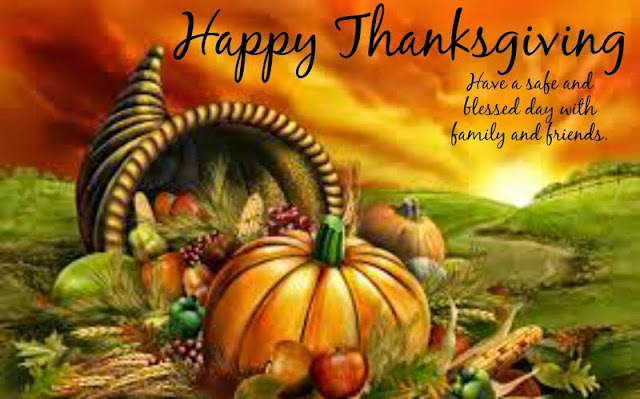 Thanksgiving in the United States was observed on various dates throughout history, but by the mid 20th century, the final Thursday in November had become the customary day of Thanksgiving in most U.S. states. It was not until December 26, 1941, however, that President Franklin D. Roosevelt, after pushing two years earlier to move the date earlier to give the country an economic boost, signed a bill into law with Congress, making Thanksgiving a national holiday and settling it to the fourth (but not final) Thursday in November.
The term BLACK FRIDAY appears to have been coined in Philadelphia by the police, where it was originally used to describe the heavy and disruptive pedestrian and vehicle traffic which would occur on the day after Thanksgiving. Use of the term began around 1966 and was used primarily on the east coast. It began to see broader use around 1975. Later an alternative explanation began to be offered: that "Black Friday" indicates the period during which retailers are turning a profit, or "in the black. 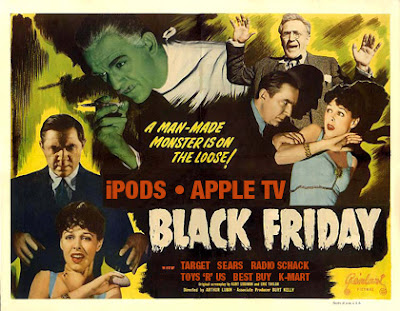 I know many of you probably love to participate in Black Friday.  I for one, can't stand it.  I like to enjoy my Thanksgiving weekend in its entirety!  That means sleeping in on Friday, Saturday and Sunday at least until 7.  I refuse to get up and go shopping at 3 AM for anyone or anything! More importantly, at least to me, is that I don't want to rush through an important family holiday just so I can get up at 3 AM (if I got to bed at all) and go stand in line all day to spend money. 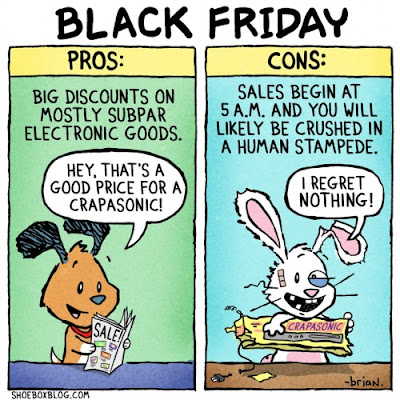 Traditionally, for me anyway, "Black Friday" has been spent sleeping in, eating turkey sandwiches, putting up the Christmas tree, wrapping gifts (because I am done shopping by Thanksgiving since most of my items need to be shipped), watching old movies, baking and any other thing that comes to mind.

So if you participate in black Friday, I hope it will be safe and enjoyable for you.  May I suggest next year though that you take it all a bit slower and enjoy the weekend long and leisurely?  Maybe take that weekend to make your gifts or holiday cards and enjoy the Thanksgiving holiday AND the beginning of the Christmas Holiday season with your family.
Posted by threesidesofcrazy at 11/23/2016 09:13:00 PM

Email ThisBlogThis!Share to TwitterShare to FacebookShare to Pinterest
Labels: LIFE AS IT HAPPENS, THANKSGIVING