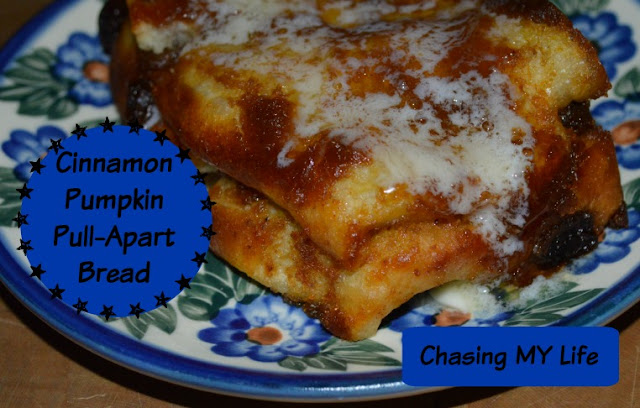 I wish I could tell you where or who I got this recipe from because I would LOVE to thank them for this incredible bread and it is the PERFECT bread FOR FALL!  I modified it slightly, but we think t is even better. This is like a sideways monkey bread.