I can't believe this is last week of August, but it really doesn't make me sad.  I'm not sure about the rest of you but I am SOOOOOOO ready for fall! And while the actual cooler weather is still several weeks off, just the word September makes me start feeling closer to it. 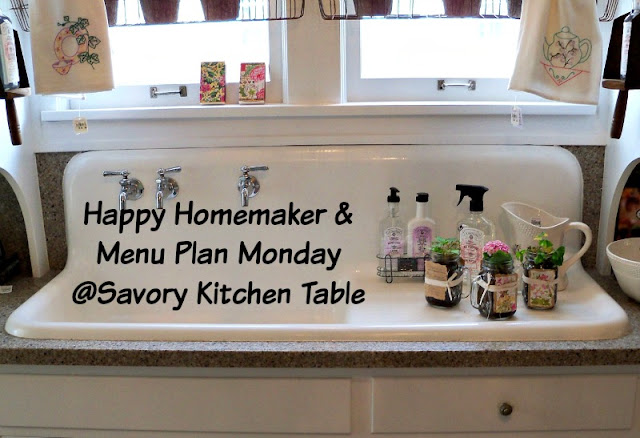 OUTSIDE MY WINDOW & THE WEATHER OUTSIDE
We had a couple BIG, but short storms over the weekend, but all in all it was cooler and pretty nice.  Hurricane season this close to the coast can be unpredictable and ever changing so you just roll with the changes.  It's clear right nowas the sun begins to rise, but there are some seriously gray and threatening clouds around the perimeter so we'll see as the day goes on.

ON THE BREAKFAST PLATE
Apple Cinnamon oatmeal and coffee.

AS I LOOK AROUND THE HOUSE
I see a little tidying up to do and a load of laundry, but all in all, not too bad.  I finished a painting project on Saturday and then went into deep cleaning mode.

WEEKLY TO DO LIST & HOUSE PROJECTS
CURRENTLY READING & TELEVISION / DVR
MENU PLANS FOR THE WEEK
SUCCESSFUL RECIPES and links FROM LAST WEEK
RECIPE FINDS TO TRY LATER
While we were away last week we went to lunch with my oldest, er maybe I should say longest friends.  We've known each other since we were 2 and 3 years old, LOL Lisa wasn't even born yet.  Leslie and Lisa took us to a favorite restaurant of theirs, Jack Allen Kitchen, but it was new to us.  ALL 4 of us cleaned our plates.  The food was AMAZING!  I even bought the cookbook the next day.  I've successfully made an appetizer, Pimiento Cheese so far.  When I was a kid Pimiento cheese in a jar was a favorite with crackers on Thanksgiving, but it grossed me out.  I now know that was NOT real food LOL!  Anyway I have read the cookbook from cover to cover and made labels for the recipes to be tried soon:
FAVORITE PHOTO FROM THE CAMERA
Last week I finally started the sealing of the brick on the atrium wall. Once it was done we realized that we weren't going to be able to save the natural look because of all the repair spots so we would have to paint it.  Let me tell you what a pain that was.  The brick just soaked up the paint.  If only we'd known before we could have had the painters spray it way back when.  BUT, we LOVE the finished look even though it took me 2 days to get into ALL the crevices. 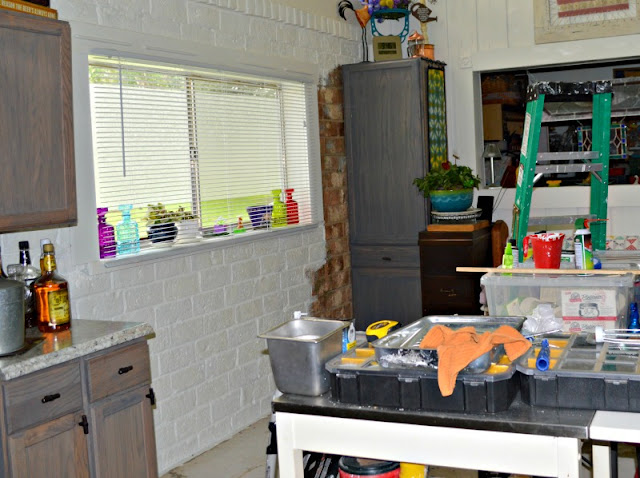 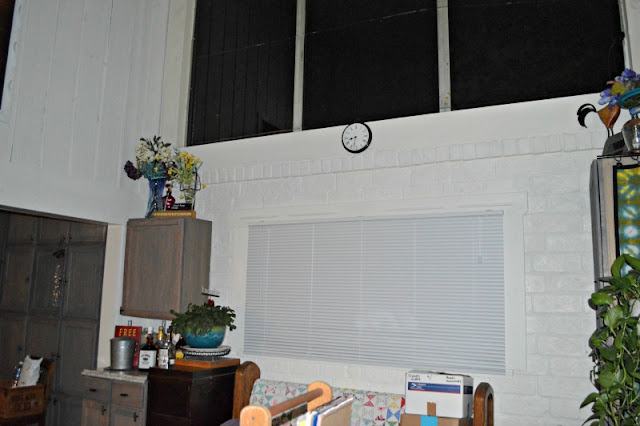 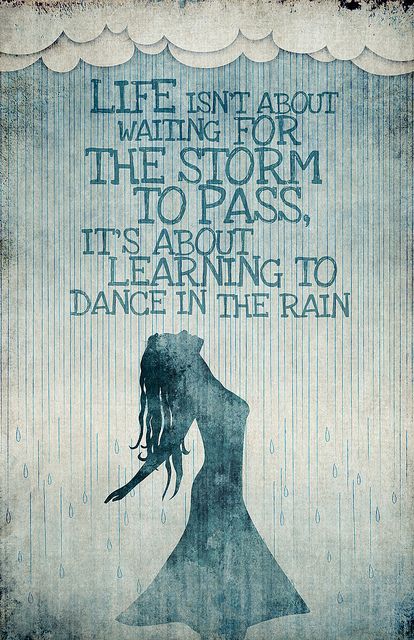 Be sure to link up with Sandra at Diary of a Stay at Home Mom for Happy homemaker Monday and with Laura at I'm an Organizing Junkie for Menu Plan Monday.
Posted by threesidesofcrazy at 8/29/2016 06:22:00 AM