When I started blogging it was an outlet for some serious frustration on an investment house that we were lied to and misled, and cheated and... and... that story is the Chronicles of a Bungled Real Estate Deal and something that is long in the past and we don't talk about!  But, the bottom line is that I have met some truly wonderful people here in the blogosphere and made some real life friends! 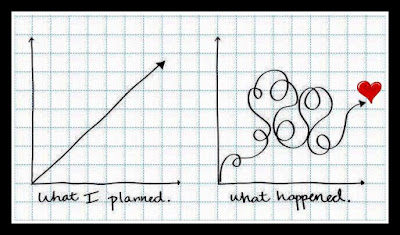 I found this graph on facebook last week that truly and accurately depicts my life!  I made a few adjustments to keep with my positive attitude LOL.  Life has certainly taken some serious twists and turns...
Our life has been in storage for several years now in 2 different states!  It is not going to be an easy move, but it is a move we are anxious to make.  We've made multiple lists and plans for the work on the fixer upper and are ready to get it done!

The collage below was day one in the local storage unit getting ready.  When we brought these belongings here in a two part move we had a HORRIBLE experience with not one, but two moving companies that left us missing multiple things, broken things and missing paperwork - original articles here.  The second company at least settled with us so I did remove the negative comments about them.  So, this time we are ty-wrapping all the totes closed, labeling, taking inventory and numbering each piece.   Today was a a little slow going, but as you can see it is a bit more organized.

Because these items won't arrive for a week or so after we do I am also looking for certain things as we go and pulling them out to take with us which makes it a little slow going.  The biggest thing is my rainbow vacuum and all the pieces!  We're purchasing a fixer upper (my grandparents old place) and it has been unoccupied for almost a year so will be in need of some deep cleaning and LOL I do have my favorite cleaning tools. 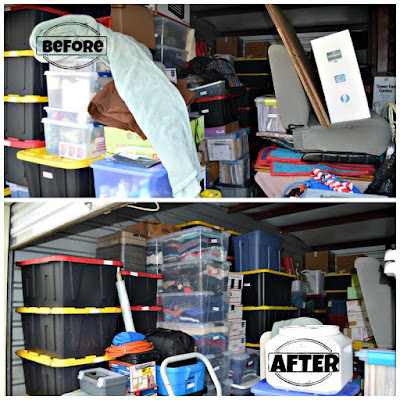 Email ThisBlogThis!Share to TwitterShare to FacebookShare to Pinterest
Labels: LIFE AS IT HAPPENS