I originally developed this recipe February 27, 2009 when we first moved from the west coast to the Upper Peninsula.  We really couldn’t find a pizza that came even close to what we liked, despite frozen pizza being a personal favorite of the locals, so I tried hard to mimic our favorite Round Table pizza, their Italian Garlic Supreme.  It has been in need of a picture update for many years and I think I finally got a great picture when I made it last week during our stay at home stint. 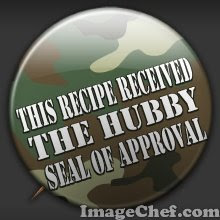 Email ThisBlogThis!Share to TwitterShare to FacebookShare to Pinterest
Labels: RECIPES-PIZZA