I've been binge watching Junk Food Flip and The Great British Baking Show lately at night trying to play catch up and clean out the DVR list.  I was so happy when Nadiya won The Great British Baking Show this year!  She was so cute and sweet and won so many of the technical challenges and star baker that it was only fitting.  I really liked Flora too, but in the end she just tried too hard to do too much when she should have been focusing more on the specific challenges.

It was an episode of Junk Food Flip that inspired this dish for us.  Bobby Deen was making a piece of fried chicken for a sandwich and to lessen the fat and carbohydrates he used a rice flour and then only the egg whites whisked with hot sauce. It looked and sounded so good that I just had to try something similar.

I was also seeing these blooming potatoes all over Facebook and wondered what they were all about so had to give it a try too - only seemed reasonable with an experimental meal. I used 1 really LARGE potato for the both of us and then split in half after the baking. 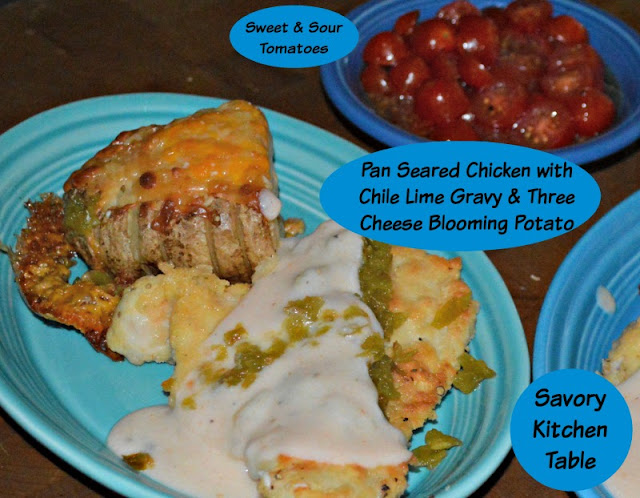