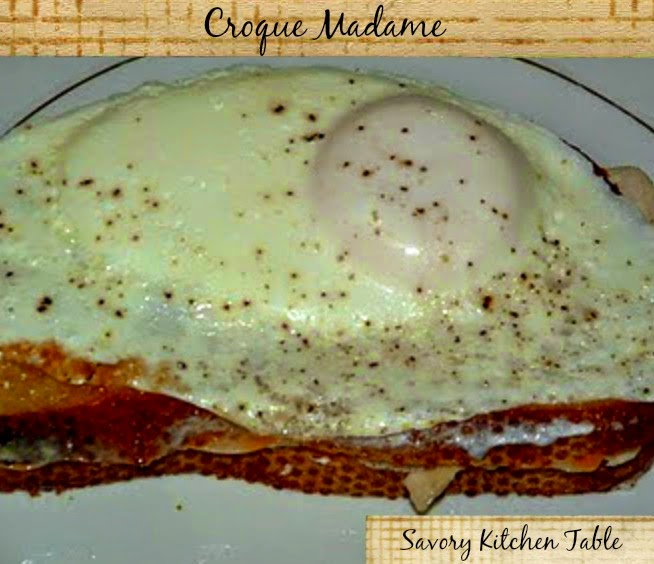 Chris over at Nibble Me This made Croque Madame recently. It intrigues me so much I have been researching its origins and thought I'd share with you. I LOVE wikipedia - if you have a question, they have an answer! 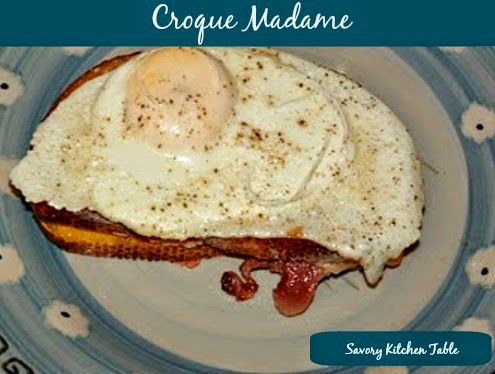 To understand the Croque Madame we need a bit of history. A croque-monsieur is a hot ham and cheese grilled sandwich. The most typical cheese is gruyère. It originated in France as a fast-food snack served in cafés and bars. More elaborate versions come coated in a Mornay or Béchamel sauce. The name is based on the verb croquer ("to crunch") and the word monsieur ("mister")—the reason behind the combination of the two words is unclear—and is colloquially shortened to croque. While the origins of the croque-monsieur are unknown, there are many speculations on how it was first originated. The croque-monsieur's first recorded appearance on a Parisian café menu was in 1910. Its earliest published use has been traced back to volume two of Proust's In search of lost time.

A croque-monsieur served with a fried egg or poached egg on top is known as a croque-madame. The noted French chef Jacques Pepin also makes a version using chicken instead of ham, which he demonstrated in the "Our Favorite Sandwiches" episode on the PBS series (and its coordinating cookbook of the same title) Julia and Jacques Cooking at Home in which he worked with Julia Child. Many dictionaries attribute the name to the egg resembling an old fashioned woman's hat. According to the Petit Robert dictionary, the name dates to around 1960.

I made one of each and added mustard for hubby on the ham. 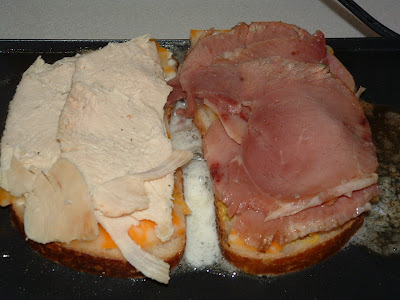 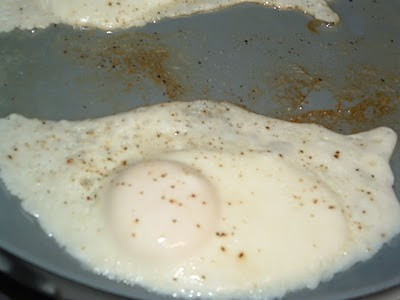 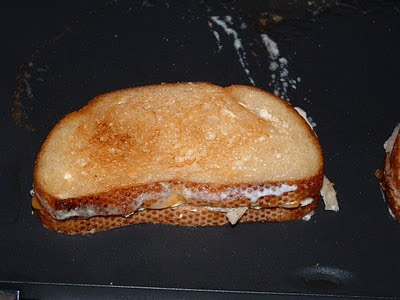 Email ThisBlogThis!Share to TwitterShare to FacebookShare to Pinterest
Labels: RECIPES-SANDWICHES