DAY 446 of the HOUSE FROM HELL

Before I begin today's update let me remind you what this are looked like on Day 8 after we had been clearing a path through it. It took weeks to clear out the rotted doors and furniture as well as all the bits and pieces of broken flower pots etc... 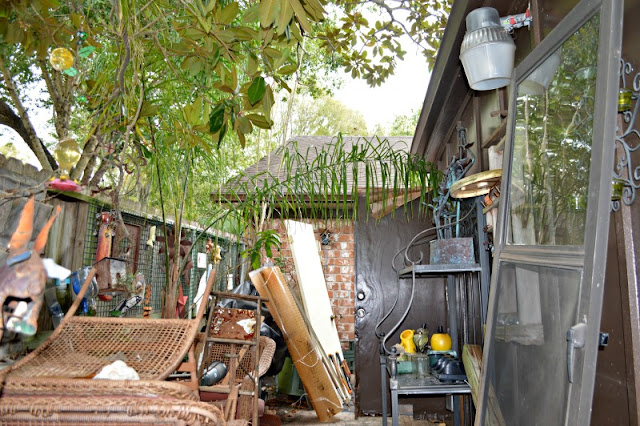 I'm trying to do daily updates to keep my spirits up.  We are back to the point where my cuts have cuts, bruises have bruises and joints swear they are 90 years old.  Once again I say, "This is not what we agreed to or signed up for".  Anyway, on to today which was grueling with 80 degrees and 90% humidity, but also having to do the digging around the old stump with a salad spoon.  Yep, I said a salad spoon. 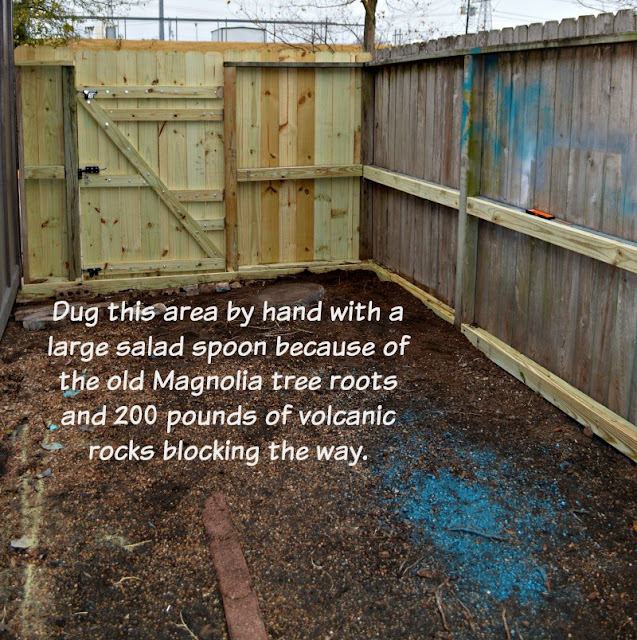 The roots were let go for so many years that they are everywhere! On top of that while digging out the area so the boards for the fence would go in properly I also encountered about 200 pounds of volcanic rock, you know the kind that goes in barbecues?  I can't say why it was there, but can say it was there long enough that the roots had grown around it. 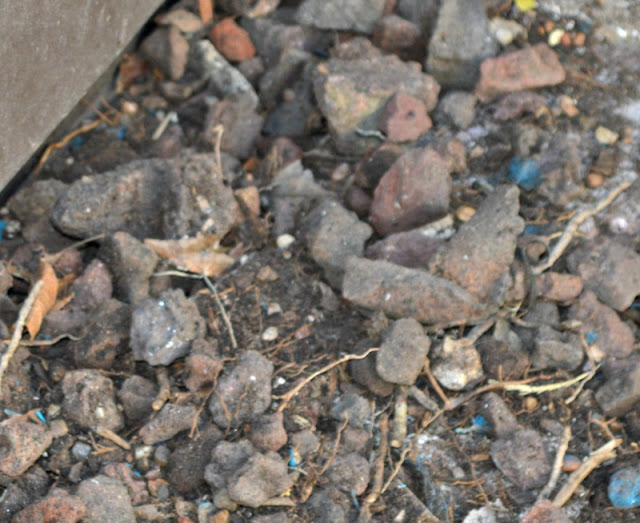 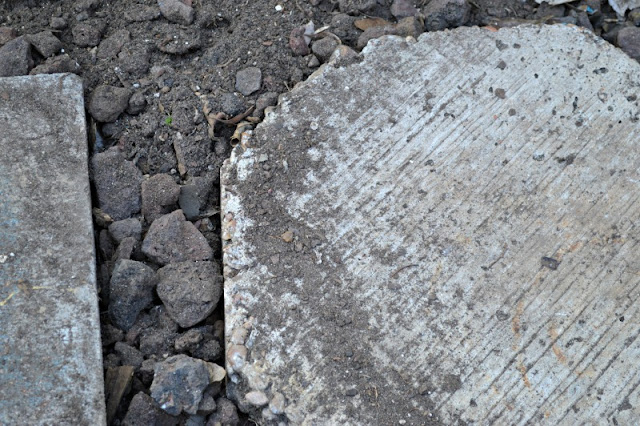 I was able to rake most of the volcanic rock into areas that will be leveled with sand so at least we won't be having to try and dispose of them and they'll help make a base under the sand. 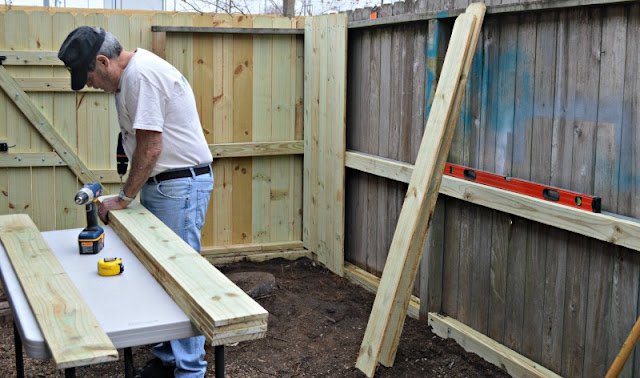 Hubby did a wonderful job with pre-drilling all the screw holes so we could install it more easily. 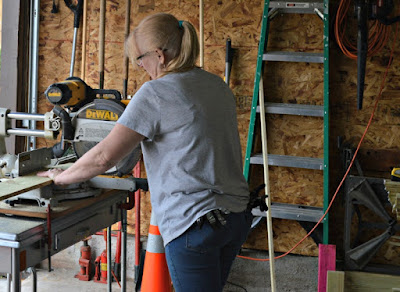 I played the grunt today, cutting boards to length for hubby and holding them in place level so he could do the 6 screws per board more quickly.  Things tend to warp around here because of the rain and humidity so by pre-drilling and installing screws more evenly this fence will last a lot longer than most. 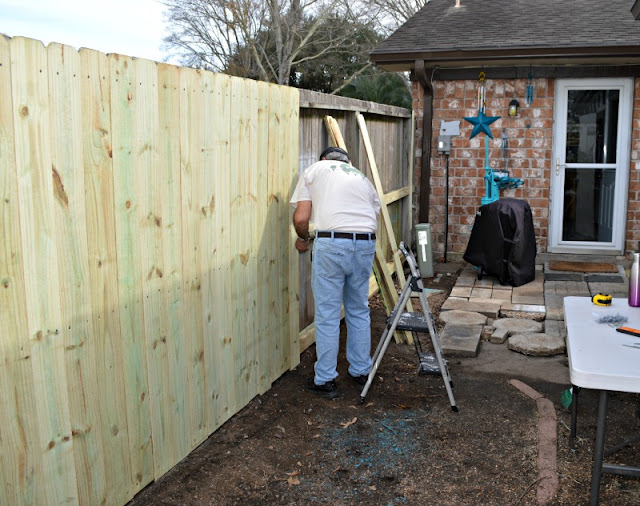 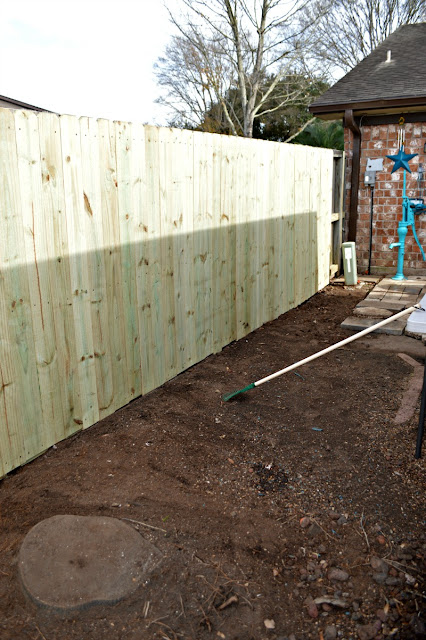 Somehow we ended up a few boards short, but that was just as well because the play-offs were about to start and we were EXHAUSTED so it was a good place to stop for the weekend.  We have not found anyone who will come and grind the stump out because their machines will not fit through the gate and quite honestly we are concerned about rocks etc... that are still intertwined around those roots so we are going to use stump killer on the stump and then build a planting box around it.  Not our first choice, but our best choice.
Posted by threesidesofcrazy at 1/14/2017 10:01:00 PM