For some reason hubby loves Hamburger helper. Must be left over from his bachelor days. Now I can't have pre-prepared foods so I made him a substitute recipe that tastes even better. I make in advance too which makes a great weeknight casserole ready to pop in the oven when you get home. Hubby likes the texture of Velveeta, but I find it a bit rubbery. So I tried Land of Lakes American cheese and it slices great while still giving you that smooth creamy cheese texture when it melts. 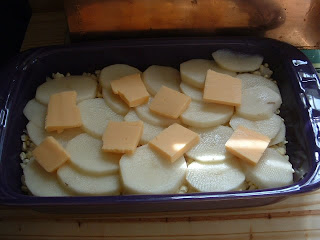 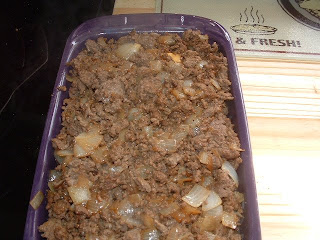 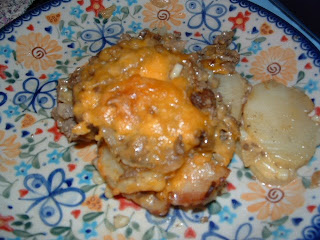 BACON CHEESEBURGER HAMBURGER HELPER NOT!!**
6 bacon strips cooked crisp and crumbled
1 1/2 pounds hamburger
1 small Vidalia onion, chopped
2 cups green giant frozen corn, thawed
2 large Yukon potatoes, sliced
Land o' Lakes American Cheese Slices
**I like to make these back to back (that way I also have 2 meals ready to go with half the mess) so the left over bits of browned sausage and caramelized onion add flavor to the hamburger.
Posted by threesidesofcrazy at 2/26/2016 09:19:00 PM