I have to be honest I'm exhausted and as much as I want to keep things updated here, I run out of steam each day before I get around to it. 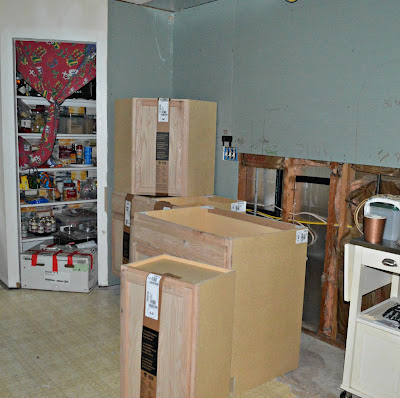 It took 3 trips, but we finally got all the cabinets home. They don't look like much now, but wait a few weeks and they will look fantastic. 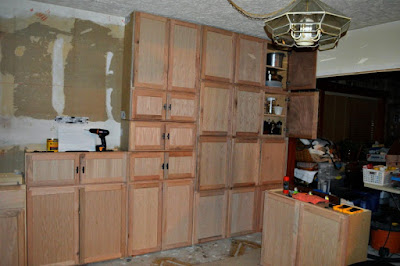 It also took a couple days more, but they are almost all installed. 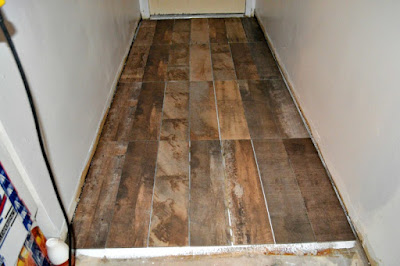 I got the tile laid in the entry hall. My mistake was asking hubby to change the light fixture before I did the grouting.  We're now waiting on the electrician to deal with the rusted wires and shorted fixture before I do the grout. 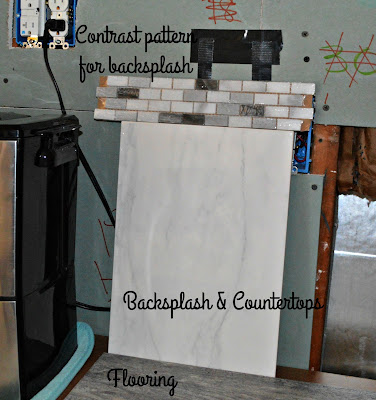 We have at least made final decisions on the flooring and backsplash. 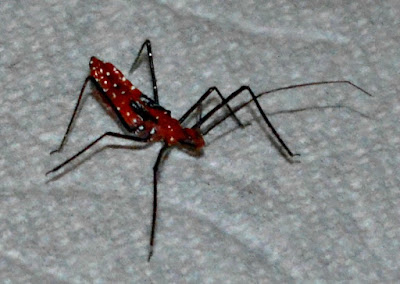 We are not sure where this guy came from, maybe came in on the cabinets?, but we also weren't sure what he was so just gently escorted him outside. 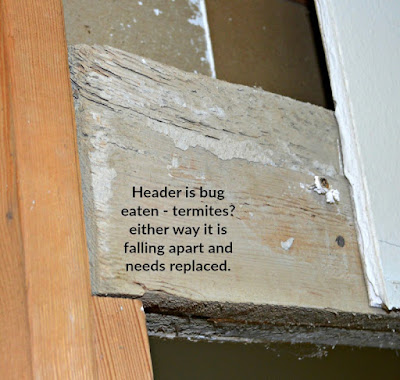 The laundry area needs to be completely redone to contend with the walls that were opened to deal with the foundation and plumbing problems so we are going to take this opportunity to update and bring to code the water heater too. 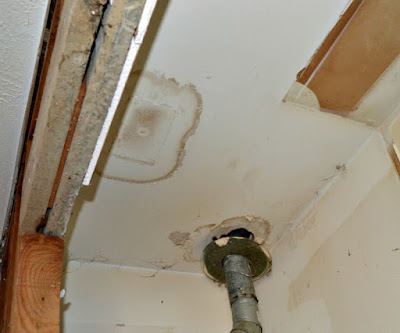 We're not sure what all the stains are from, but we're just going to remove the ceiling and repipe to the vent while also updating to code the platform and pan for the water heater before putting up the new ceiling and walls. 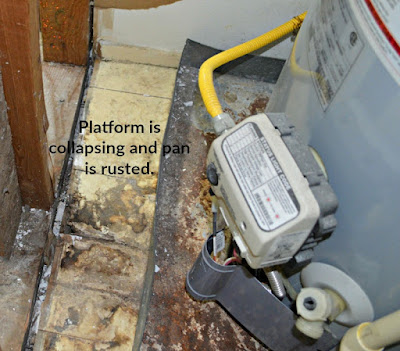 On another note we are livid with the current situation surrounding the plumbing issues.  I do have to say I finally blew my top tonight regarding the picture below.  I have profusely apologized to the plumber who did the work (he was only doing what he was told to do) and WILL be taking up the issues with EDDY who is supposedly the one who is in charge.  Honestly I wouldn't put this idiot in charge of walking my dog!  This has been a complete clusterf**k since day one.

21 days ago EDDY stood in our kitchen promising to have the sink up and running the next day.  The next day came and they called saying it would be the following day before they began due to scheduling conflicts, but it would be done by the following Tuesday (3 days before Christmas).  The day they began the one in "charge", EDDY announced he'd be gone the following week, but his next in line would keep things running smoothly.  Tuesday comes and  I STILL HAVE NO SINK!  The new man in charge, Armando says he needs to go to his truck for a part to hook up the sink.  He gets in his truck and promptly leaves.  A few minutes later the other workers close up shop for the holiday and leave. WTH? I still have NO sink, have an open gaping hole under the house that is filling with rainwater and 2 tons of wet clay type mud 4 feet tall up against the garage (it was supposed to ALL be in a pile outside the fence but apparently they changed their minds with no consideration for us, our animals or ANY other worker we have scheduled).  The mud pile is blocking the electrical fuse box, the gas meter, and has left us sleeping under that horribly broken window as we could not install the new one which we had to find a temporary home for in the garage.

They also included in their quote having to remove a tree to do this work.  They did not remove the tree, but went in right next to it, leaving the roots cut and exposed ALL this time and now the tree is dying and we HAVE to remove it!

So EDDY comes back from his week away for Christmas and doesn't understand why I'm upset.  He claims I wasn't specific enough that I wanted a kitchen sink before Christmas and is now claiming that it wasn't part of the deal.  He agrees to move the mud the next day so we can get the electrician and gas guy in to do the pipe for the range.  Needless to say it was 6 days later when the mud was finally moved which also left us with a mess on the back of the garage wall and it has ruined the paint.  They also pumped the water out of the hole through our fence instead out the gate and have left the fence stained.

Their inability to act like professionals has created a HUGE domino effect in our life.  We cannot completely unpack, we WILL be missing the sale on carpeting that we signed up for and since completing this project so we have a home is completely contingent on them finishing their job we WILL be filing a complaint with the better business bureau who they claim to have an A+ rating with.  They have cost us money and lots of precious time as well as ruining our holidays.

I was able to get the gas guy here yesterday finally, but can't get the electrician to start until tomorrow, a full 21 days after he should have been able to get here.

As I sit here this morning writing this. it's 9:45 and no one has shown up or called.  I guess this is just PAR for the course with this company who like I said I wouldn't hire to walk my dog let alone work with EVER again! 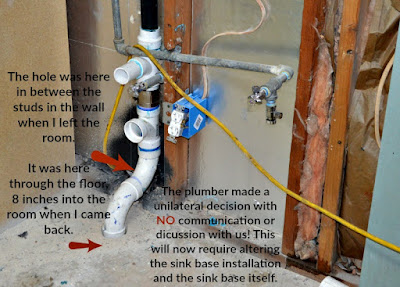 On a happy note all the cabinets have had at least one coat of stain. It is an oil based stain so I too will be wearing the color for about 10 days. I'm hoping to get better pictures of these 2 views of the new farmhouse kitchen soon. 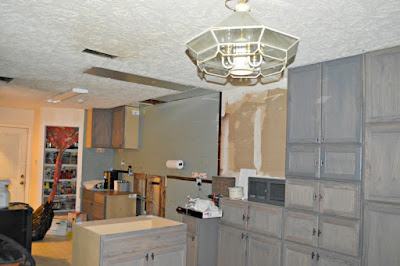 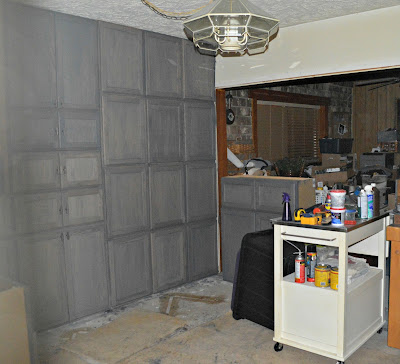