We have REALLY been trying hard to move forward in spite of ALL the obstacles we have been jumping over the past 49 days.  We are so close to having at least a bedroom and feeling like it is somewhat livable and then WHAM! 10 steps backwards we go.  I did get the pantry (short of the floor) finished though. The overall theme (eventually) will be farmhouse chic. Hubby and I both love this shelf paper - eventually when the floor and door molding are in the cohesiveness of our ideas will show through. Imagine a Tuscan green old fashioned screen door on the pantry and it will be done LOL. 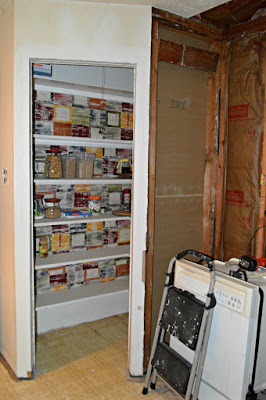 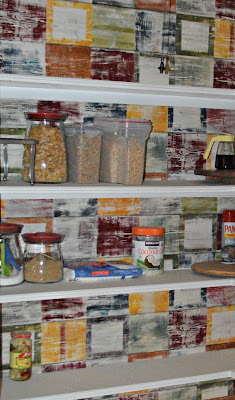 We received a call yesterday telling us that our carpet was in and they can install it Friday - SCORE.  All we have to do is finish painting the bedroom, no problem. Hubby finished framing the window yesterday and we only need to paint now.  What a difference a brighter color makes. I can't wait until we can change that window!  Foundation people said we have to wait 3 months to allow settling so I finally put a sheet over it! 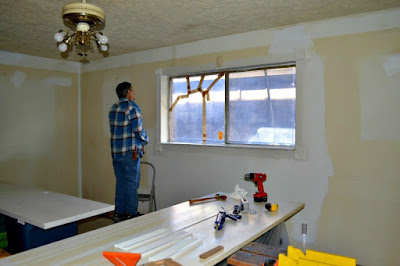 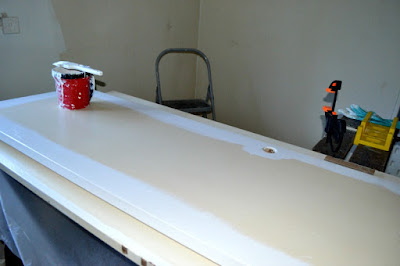 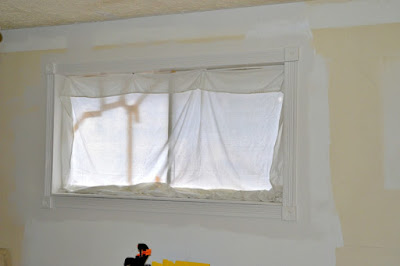 I also called the plumber yesterday to come fix the the leak caused by the foundation guys.  We now know why the foundation guys were in such a big hurry to get out of here.  Raul lied AGAIN! Raul told hubby the leak was in the wall above the foundation and asked if hubby would mind fixing it after he tore the wall off because they were late to their next job because of the rain delay day they had to take during our job.  We tore out the wall and found that the leak is in and under the foundation and should have been repaired at the same time they repaired the other leak they cause when the jack hammered into the washer drain.  Now they have closed the holes and in order for the plumber to fix it new tunneling from a different direction is required taking out a tree in the back yard so hubby and I spent an hour moving all the pavers and things that will be in the way of the digging. 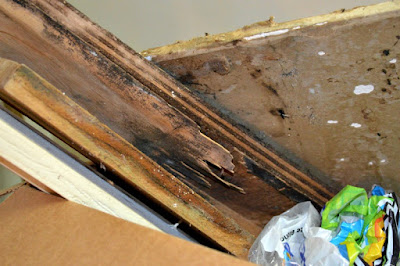 The bottoms of the cabinets were rotted, but today we learned just how badly.  Good thing we'd already decided that they needed to be changed because we couldn't get them clean enough to paint. The electricians were also scheduled to be here today to fix a splice area and some funny wiring.  Hubby and I intended to have the sink and the rest of the cabinetry out of the way, but ran into a stumbling block when the leaky 40 year old garbage disposal was hard wired in behind everything.  So everyone decided to get in on the job.  My question is how many men does it take to move a sink? 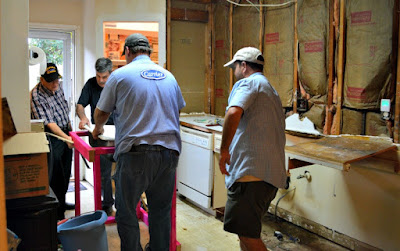 No wonder the garbage disposal was leaking. Don't you just love the dumbing down of the wood industry that they have to paint construction grade 2x4's flourescent pink? 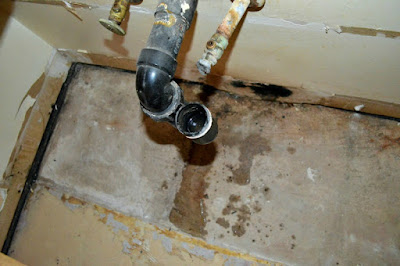 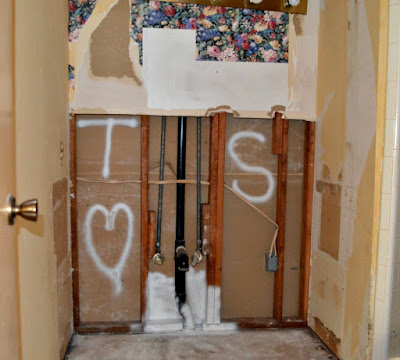 Hubby also found good and bad news yesterday when he finished tearing out the bathroom drywall.    The good news is that the mold was only on the front of the wallboard and the vanity.  The bad news is that he had to rip out the wall board out of precaution to realize it wasn't on the back.
Posted by threesidesofcrazy at 12/15/2015 10:14:00 PM