NO 5 SECOND RULE & AN UPDATE

We no longer have a 5 second rule even for the dogs around here!  The things we have found and cleaned up have left us longing for a finished house. We have been in transition for so long here, but are finally seeing the end of the clean-up, at least in the house.  Under the kitchen sink and the master bedroom vanity are the only areas left to surprise - I hope! We were able to get a bit more of the kichen ripped out and was also able to get the wreath and Frosty up as decorations. 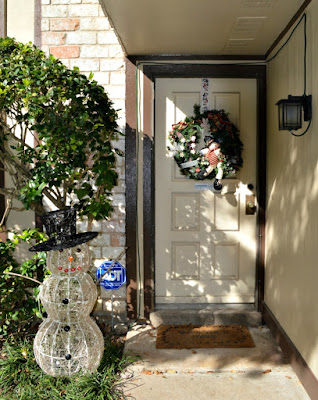 The foundation work that was done a couple weeks ago was a joke.  Their finish work on the inside holes left the fill 1/2 inch taller in the centers than the edges - NOT conducive to putting down a decent floor.  After we were able to get the owner of the company to see the problem last Tuesday he said someone would call later that day to set up an appointment for next week and we' have at least 48 hours notice.  4PM yesterday I get a call saying they'd be here at 830AM today.  I told the woman 9 would be better since I have so many things to move out of their way.  They finally showed up at 10:15AM, didn't bring what they needed to cover things again nor did they bring any new concrete mix.  They left for 2 hours to get concrete and "lunch" and finished the day at 5:45 effectively screwing up our ENTIRE day once again.  At least the new concrete is relatively flush with the foundation.  I did get a few new graffiti chances though. 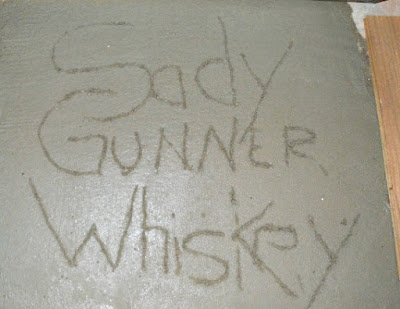 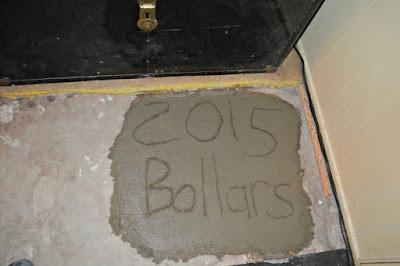 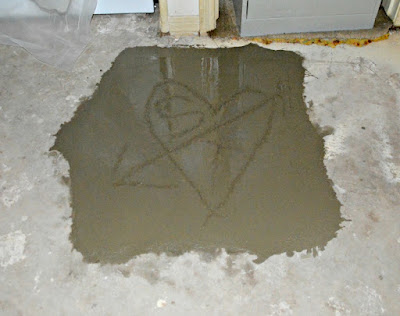 Hubby notched out the shelving/shoe storage in the master closet for me so we could start the tile work.  We still need a few pieces though and will pick those up tomorrow along with the molding for the edges.  If all goes well, the clothes will be in the closet by Tuesday. 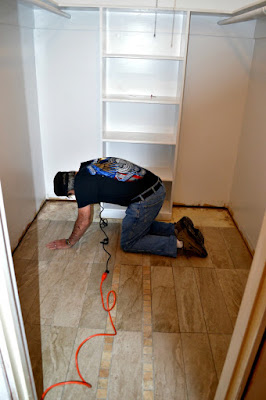 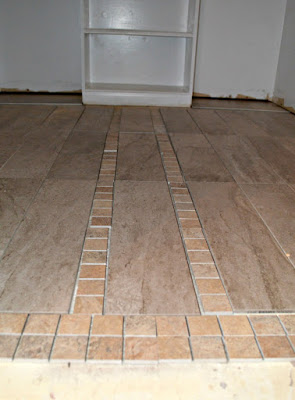