Anyone remember the HELM'S BAKERY? 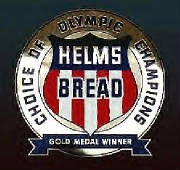 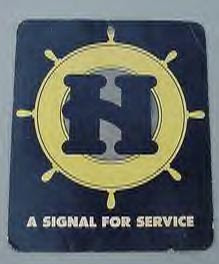 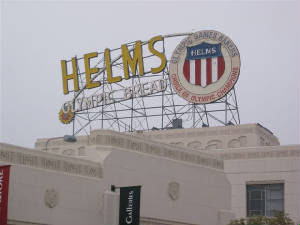 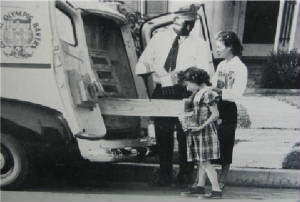 Photos from the This Site
Barbara and I were chatting about cream puffs and eclairs and maple bars tonight and the whole topic evoked a childhood food memory for me of the Helm's Bakery. As a young child growing up in southern California, the Helm's Bakery truck and his 'toot toot' horn were as familiar as the ice cream man and his music. He was the pied piper of pastries, we would follow him anywhere and sometimes did. He had long pull out drawers full of eclairs, maple bars - real pastries, donuts, cakes, pies, cookies, brownies, fresh baked breads sometimes still warm from the oven... He catered to the SAHMs or 'housewives' of yesteryear before supermarkets at a time when the family car had been driven to work by dad. Shortly after I remember him appearing in our neighborhood he was gone.

I decided to do a little research and was surprised to find they had gone out of business just shortly after I discovered them as a young girl, but more importantly had been the bread supplier to the 1932 Los Angeles Olympics, created an athletic hall of fame in 1936 that became a model for many of today's hall of fames and even supplied bread to the Apollo 11 mission to the moon.

I went on about their maple bars for so long Barbara has now challenged me to recreate their recipe. I'm no pastry chef, but welcome the challenge. I can taste them and smell them already.
Posted by threesidesofcrazy at 8/13/2014 08:30:00 PM

Email ThisBlogThis!Share to TwitterShare to FacebookShare to Pinterest
Labels: MEMORIES